Yesterday, at approximately 11:30am a Nissan Altima drove through my business, Digital Lightbridge. Amazingly and thankfully no one was seriously injured. An elderly gentlemen passed-out and hit his accelerator, sped across six lanes of traffic including a grass median into the left front window of our office. With the accelerator floored he crashed through the wall hit the couch when through another wall then hit my controller, Robin as she was working at her desk. She was directly in the path of the front bumper of the car. She was seated and cradled by the couch. It pushed her 6 to 7 feet out of the path of the car, breaking the wheels off her chair. A multitude of broken glass, shattered furniture and sharp building debris surrounded her and unbelievably, she was safely positioned inside the wreckage.

I was a few feet away in our conference room have a sales strategy meeting with my president, Ron Altman. We heard the incredible sounds and I couldn’t imagine what could have made the explosive noises. I opened the door to see Robin terrified and seemingly impaled by the debris. The car’s accelerator was still floored and the front tires were coming off their rims. The office instantly filled with thick, toxic smoke. I grabbed Robin’s trembling hand and helped her to her feet and Ron and I got her out through the jagged hole in the building. We then ran back inside to see who was in the car. We couldn’t see so we felt around and screamed and banged on the windows. We thought the car was about to explode. I open the rear passenger door feeling around for people. I grabbed a large cloth object that I feared was a baby, but it was a large book bag filled with groceries. I then moved through the debris and managed to open the front passenger door. I was yelling and feeling through the air near the head rests for people. Through the dense, yellow, blinding smoke I saw a hand with blood on it. Finally, the engine and hellish noises stopped. The driver was facing the seats. I scooped him into my arms and carried him toward Ron and we again walked out through the hole. We got him into the shade and went back in to make certain everyone was out.

The Pasco County Fire Department, Police and Florida Highway Patrol (and my courageous wife and her best friend Michelle Meek) showed up very quickly. They were all amazing and very professional. Thankfully, they didn’t use water to put out the fire caused by the tires coming off their rims and burning the carpet and couch. They immediately ventilated the office with fans put out the fire and worked with the County building inspector and electric company. After power was restored, the firefighters let us get personal items and begin to assess the interior damage. Another blessing was my State Farm Insurance agent Mike Peters arrived on the scene within the first few minutes and began to provide counsel. We immediate made the decision to employ Anclote Construction to secure the building. In addition to the hole in the front wall the North side of the building moved about three feet off it’s foundation and the ceiling dropped an inch. My office staff, my beloved pastor Mike Hughes, Chris Stafstrom (Robin’s husband), Jeff Salliotte, Kim Johnson, John Faulkner Sr & Jr., a few beautiful, close friends and Anclote Construction, within a few hours cleared all of the debris into construction dumpsters and completely framed up new, temporary walls. All of our computers, electronic devices (iPad:) and massive hard drives are perfectly operable. We took a moment as a group, in the midst of the disaster, held hands and thanked God for protecting all of us, especially Robin. I prayed that the driver (Alex) would recover from his bump on the head and that God’s business, Digital Lightbridge would be better because of the “accident”. I can already sense that God is going to allow the staff, through it’s culture and values, to serve our clients better and create more value for them.

Today, was my fifth chemotherapy/injection/radiation session. Cancer seemed very insignificant yesterday and today. A long-time friend of mine, Jody Simon gave me a book a many years ago called Don’t Sweat the Small Stuff, It’s All Small Stuff. The concept of the book is right. In the light of eternity, it’s all small stuff. Only relationships matter. They matter to me, more importantly they really matter to God. Our relationship to Jesus is really the only thing that matters. The most important thing about you, is what God thinks about you and what you think about Him. Some people are beginning to call me Job. God loved Job and restored and blessed him (he lived 140 years). I take comfort in really, really knowing that God is in control of everything. Daily things appear out of control, out of my control and my finite understanding and reason. The beginning of real wisdom comes from “fear”, respect and submission to the Lord. I am still learning from this journey.

Thank you prayer warriors who lift me and my family up daily. Your love and petitioning to God give me endurance to fight cancer. Thank you to everyone who jumped in and rebuilt Digital Lightbridge yesterday. Tomorrow, the weekly Bible study is on and the entire office is going to our favorite restaurant for a celebration lunch at Zen Forrest. Within three weeks, the front office and marketing showroom will be reconstructed better than before. I can’t wait for the grand reopening party.

Sent from my iPad

Today, we completed the 4th chemotherapy treatment and 17th radiation session! It was a very long day and I slept a lot which is a bit frustrating. After the morning blood work, which my numbers are still good, but changing significantly due to the quantity of medications, my good friend Chuck Coit (President of One Stop Pharmacy) visited Lisa and I at the Florida Cancer Institute in-between procedures. He personally delievered several much needed medications to help with my mouth, throat and skin. The custom formulated skin cream is called Res-Q. It feels great and should help reduce the effects of the radiation burns on my skin better than the prescribed Biafine due to it’s superior ingredients. Our tradition after chemo has been an early dinner at a great sushi restaurant. My oncologist advised me not to eat raw fish due to my compromised immune system. We compromised and ordered all cooked sushi, miso soup and ginger salad.

We’ve also decided that since my weight is stable and my swallowing is good to postpone the feeding tube (and perhaps skip it (that’s a prayer request friends. Another surgery and hospital stay is very unappealling to me)).

My good friend Marty Morris emailed me this verse: “The righteous cry, and the LORD hears, And delivers them out of all their troubles.” Psalm 34:17

The Lord has convinced me by His Word that I will be healed! I don’t know when, but I have confidence that He will. Until then, we’ll continue to push through with the treatments and celebrate when we hear the words “You are cancer free!” I’ve also been reading a book that another friend and mentor, Dave Dunkel gave me recently, Andrew Murray’s book Spiritual Healing.

Business at Digital Lightbridge is good and my incredible team, board of directors and new president, Ron Altman are providing great value to our clients. Most days, I work about six hours before I leave for treatments. The new projects and ministry initiatives that we are managing are very exciting.

Today, Chandler received his last progress report for eight grade (all A’s & B’s!). Mitch is doing great and overcame his fear of roller coasters this weekend at Busch Gardens. Thank you to those who’ve been praying that he would become less fearful. I can already see that his confidence is better. Our three year old foster son has parental visit soon. I ask for you to pray for his protection. The visits usually result in regressive behavior.

Thanks for the encouragement dear friends! I cherish your comments, notes, Tweets, status updates and support! Love Rich

Wednesday marked eight weeks since I was diagnosied with cancer. Wow, we’ve survived three surgeries and the first three weeks of chemotherapy and radiation treatments. Lisa is my encourager, coach, nurse and protector. She truly is a Proverbs wife (Proverbs 18:22). The boys have patiently allowed me to heal, rest and keep me laughing. I’ve installed an incredible board of directors and a world-class president for Digital Lightbridge. I have my legal and financial obligations in order. My beloved staff is executing their responsibilities with excellence and exceeding client expectations. Our friends have given us energy to fight and endure this strange season in our lives.

We’ve met many hurting people throughout our travels in and out of medical offices who not only seem to have no hope they appear to only focus on their disease. I thank the Lord that He is allowing me to have the perspective that He is in control and is working out His purposes in, with and through me (and most of the time and I an obstinate servant). I’m glad He uses me anyway.

Late next week, I’ll be spending the night at Mease Countryside Hospital to have a feeding tube procedure. Typically, that’s an outpatient surgery, but due to my unique, internal neck anatomy (post neck dissection) they want to monitor me a little closer. The feeding tube is to help with the esophagus irritation that I am experiencing due to the daily radiation treatments. My weight is presently stable but food is increasing becoming a challenge.

I’m very glad to have the weekend to rest without doctor’s visits, injections or “the mask”.

Thank you to everyone who encourages me and my family with your random acts of kindness!

Love, abide and press on, Rich

Today, Lisa and I went to the International Plaza and I purchased an iPad, this model was released yesterday. It will enable me to Blog and communication more regularly (and it’s very cool). I continue to be able to eat well with the aid of a terrible tasting, very expensive but amazingly effective mouth rinse called Caphosol. I’ve also begun to apply daily a topical emulsion to my face called Biafine to help with the redness and soreness caused by the radiation treatments. Yesterday was day 10 of the 40 day program! We are twenty-five percent completed with chemotherapy, injections and radiation. While at the mall we had a great lunch at the Cheesecake Factory. At the Apple Store we meet a great Mac Specialist named Steve Fidrych who is pushing through his own physical challenges beautifully. I hope to speak with him again soon. My energy has been good today. Last week it was very low, which is very frustrating to me. Thankfully, Lisa and the boys have allowed me to heal and recover from the treatments with great support. I love ’em!

Have a great evening and Sunday friends! 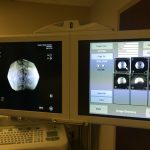 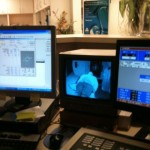 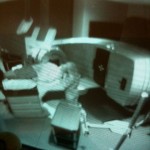 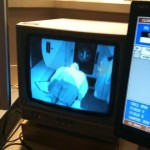 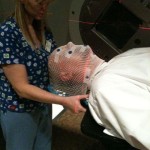 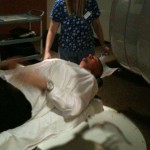 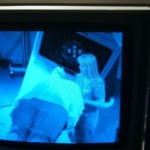 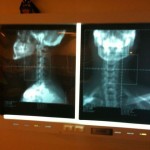 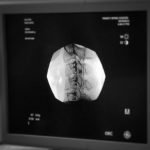